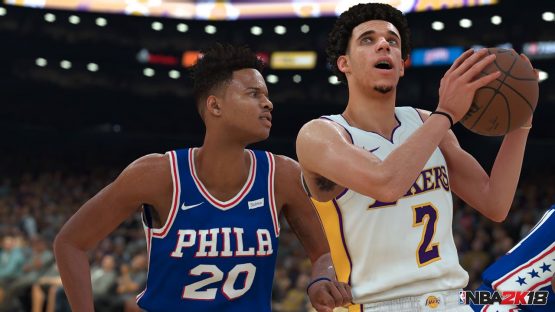 The NBA 2k18 is the latest installment of the most popular basketball game in the history of games. The franchise has succeeded in becoming successful on its installment, thanks to the game developers dedication in making the game even better and better on each release. The game certainly never lost it’s marbles and continued to progress every single time it gets an update on it’s release.

The realist experience: As the hardware of games consoles become more capable in taking heavy graphics, it’s not a surprise that the developers utilized these capabilities in order to enhance the graphics of the game, enhance the game experience and make it more realistic as much as possible.

The exciting updates: The game has never been short of updates. And this is not just about the gameplay and hardware updates to a better game experience, but the accuracy of the updates like player line-ups. One of the best examples that people were excited about playing the game, was when the game updated Kyrie’s Jersey from Cleveland to Celtics. That alone even made the game sold already. But that alone was just a scratch on the surface. The updates also include new players and new team lineups that made this game a very exciting game to play on. Basically it’s updated with what the NBA season is currently on right now!

The NBA 2k18 continues the legacy of the game by providing an updated gaming experience. Utilizing the graphics and the latest technology to date in bringing a more realistic basketball gaming experience, and you top it all off with a good updated line up of players and you got yourself a winner.

Chris – who has written 378 posts on Innovation is the best way to win.