Are you a Monsta X fan? You will learn more with this article and will give you a lot of information about your favorite K-Pop group.

Facts about Shownu
SHOWNU was inspired by the artist Rain to pursue a career in music and he was a trainee under JYP for two years. Shownu is the oldest member of Monsta X and is considered the father of the group. He was a member of Starship’s NUBOYZ. He is quite confident in his looks and earned the nickname Showtle because of his good swimming skills. He maintains a friendship with other K-Pop group GOT7. 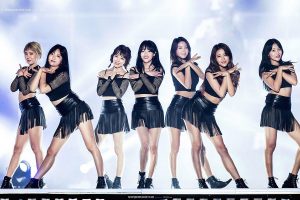 Wonho and Minhyuk Facts
WONHO was a former ulzzang and appeared in UlzzangShidae Season 3 in 2010-2011. He was a backup dancer for Sistar. Wonho trained under Starship Entertainment for three years. Before he wanted to be a taekwondo athlete and He used to have a bodybuilder friend who inspired him to exercise more. MINHYUK is the face of the group and the most handsome member (too many). He was rejected thrice before he got to debut in Monsta X. Minhyuk has a husky voice and he is considered as the mood maker of the group and often likes to joke. His ideal type is chubby girls with fair skin.

Characteristics and likes of Kihyun and Hyungwon
KIHYUN is considered as the mother of the group and often nags. He is quite talented; he can play the piano and guitar plus write lyrics and songs. Kihyun can cook well and is considered the best cook out of all of them. He likes to clean and is the cleanest member. HYUNGWON is known for his uniquely handsome looks. He is also a former ulzzang and model. Hyungwon was a pretty successful model before debuting with Monsta X. He had appeared on the cover of the SURE magazine and he walked on runways for W Hotel and CeCi. Hyungwon’s most defining trait is his lips.

Jooheon and I.M. Facts
JOOHEON trained for seven years before debuting. He was considered as the best rapper among all the trainees. He is a former member of NUBOYZ. I.M is the youngest member but also the shortest one. I.M. lived in Boston for three years that’s why he is fluent in English and in Israel for four years. Among the members of Monsta X, he has the most stylized stage name.